Breastfeeding: The anatomy and physiology behind milk production

Benefits, troubleshooting & what to expect 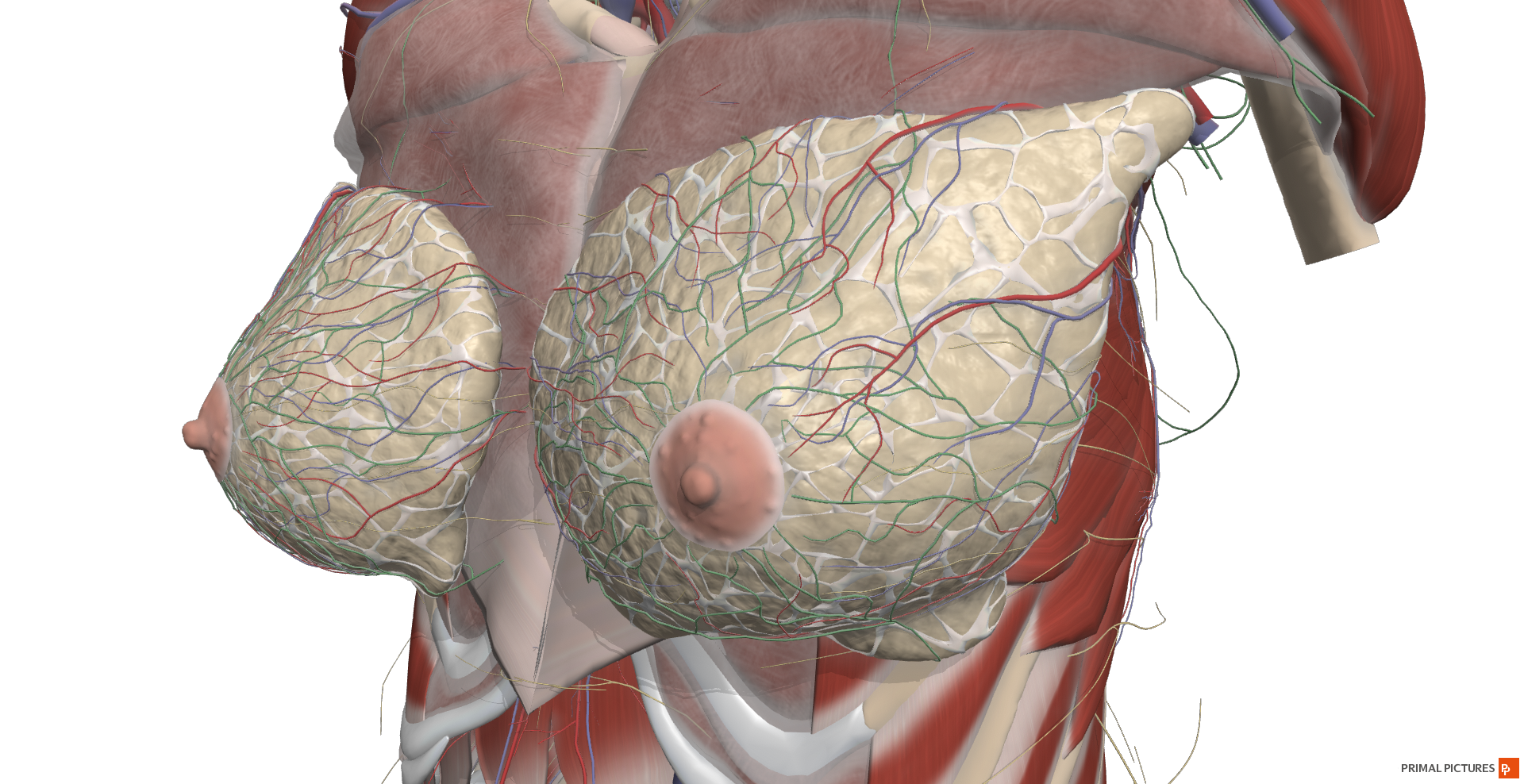 In 1990, more than 30 countries signed the Innocenti Declaration on the “Protection, Promotion and Support of Breastfeeding.” It aimed to bring to public consciousness the benefits of breastfeeding for both mother and child and is celebrated every August for World Breastfeeding Week and National Breastfeeding Month in the United States. If you are a first-time parent or just looking for information, join us as we explore the anatomy and physiology behind the ability to breastfeed and the conditions which may affect the ability to lactate.

The anatomy of female mammary glands

The mammary glands inside the female breast are responsible for milk production. The average woman has 15-20 lobes within each breast. Several areas within the mammary glands help to produce, store and excrete milk:

The physiology of lactation

The process where milk is secreted from the mammary glands is called lactation. And how it is triggered during pregnancy is called lactogenesis.

Lactogenesis phase I starts around the 16th week of pregnancy through a series of hormonal events. Estrogen and progesterone rise causing the mammary glands to become fuller in preparation for milk production. The glands of the areola secrete lubricating oil which will protect the nipple from chafing during breastfeeding.

Lactogenesis phase II starts after giving birth and once the placenta has been expelled. For the first few days after giving birth your body makes colostrum, a type of breastmilk which is very nutritious (high in protein, low in fat) and includes important antibodies and antioxidants for the baby’s immune system. Then a hormone called prolactin takes over to stimulate your body to make the breastfeeding milk that you will produce the rest of the time.

For your body to keep producing breastmilk it relies on a positive feedback loop. As your baby suckles at your breast, this stimulates an area of your brain called the hypothalamus to relay a signal to the posterior pituitary gland, which secretes oxytocin. Oxytocin is a hormone (also used in the onset of labor) that sends a chemical signal to the cells surrounding the milk ducts, telling them to contract and release milk from the breast. Milk carries on being produced and released until the baby stops suckling. 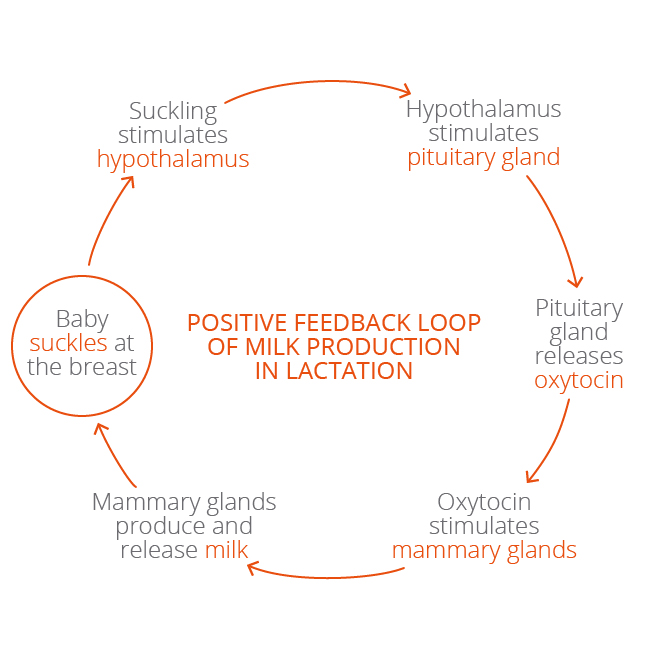 The benefits of breastfeeding

It is a personal decision whether you decide to bottle feed or breastfeed and although breastfeeding can be challenging, it has many benefits for your baby which is why a lot of mothers try to breastfeed when they can.

Breastfeeding is incredibly nutritious. Your foremilk, which is milk produced at the beginning of a feed, is low in fat and high in carbohydrates that help quench your baby’s thirst. After that comes the hindmilk, a thicker and creamier milk that keeps your baby satisfied. The milk from your breasts contains salts, sugars, vitamins, fats, amino acids, water – everything your baby needs to stay healthy.

The colostrum your body produces initially is high in antibodies, which help guard your baby against infections and strengthens their immune system.

Your body has developed breastmilk designed for your baby, so it is easier for them to digest, and they are less likely to have diarrhea or an upset stomach.

There may be instances where some women might not be able to breastfeed or produce milk for their child. (And some babies don’t want to feed or are unable to.) This could be, among other factors, because it can be challenging to get the hang of it or simply because the mother’s body is unable to produce enough milk or any at all. Below are factors that can affect breastfeeding ability:

You should never feel guilty or worried if you are unable to breastfeed or feel it is not right for you. A doctor, midwife or lactation specialist can help you make the right decision.

Do female breasts change after breastfeeding?

When you stop breastfeeding you are left with a smaller percentage of breast tissue and your breasts can appear less full. Sometimes your skin will tighten back up but sometimes it isn’t elasticated enough to do so. This can depend on a variety of factors such as age, weight, being a smoker and genetics.

If you do choose to become pregnant and breastfeed here are some useful tips to take care of your breasts:

Above all, go easy on yourself! Pregnancy and breastfeeding can be challenging and change your body in many ways, although most changes are temporary. Give yourself time to adjust to your new body and know that a lot of people are going through the same experience you are.

The images used in this piece have been taken from Primal’s Anatomy & Physiology module. To learn more, please fill in the form here and our team will be in touch.

Explore Primal Pictures for your institution today.
Request your free demo or trial.

See why 1,500+ institutions from 150+ countries have trusted Primal over the past 30+ years to accelerate mastery of anatomy and physiology in any learning or teaching environment.

Request a Demo or Free Trial