Welcome to Anatomical Variation Class 101! In this blog series we will take a deeper look into particular anatomical variations to celebrate their uniqueness as well as shine a spotlight on potential issues they may cause. 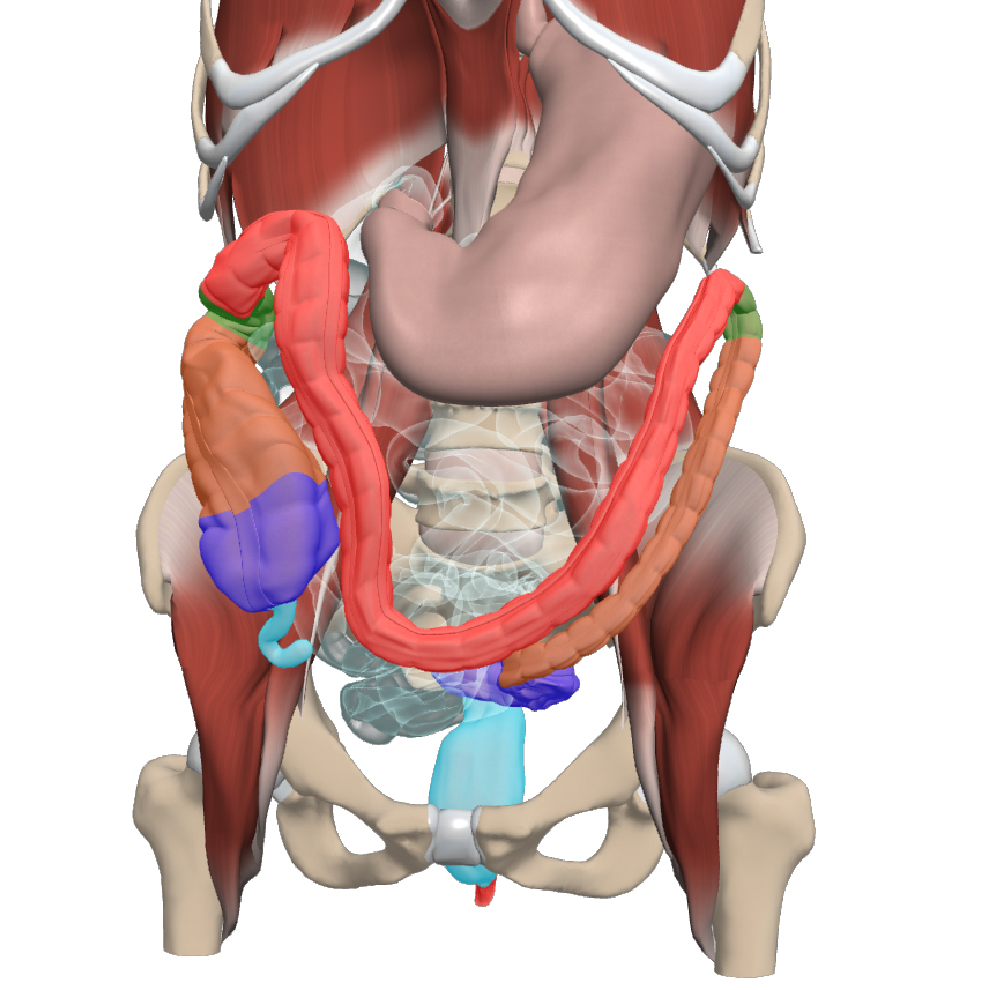 We are all unique in the way we look, think and behave, and so is our anatomy. Yes, we have organs in common, but their shape and position can vary from individual to individual.

This article will explore anatomical variation in the shape and position of the transverse colon, and cover possible causes, symptoms and treatments associated with transverse colon variations. But to start, we’ll take you through the basic anatomy and physiology of the intestines.

Anatomy and Physiology of the Intestines

Let’s begin with the basic anatomy and physiology of the intestines. The intestines are composed of two parts: the small and large intestine.

The small intestine is a long tube approximately 6 m long that connects the stomach to the large intestine. Food matter passes from the stomach into the small intestine, which is the main digestion and absorption site for water, proteins, carbohydrates (sugars) and lipids (fats). 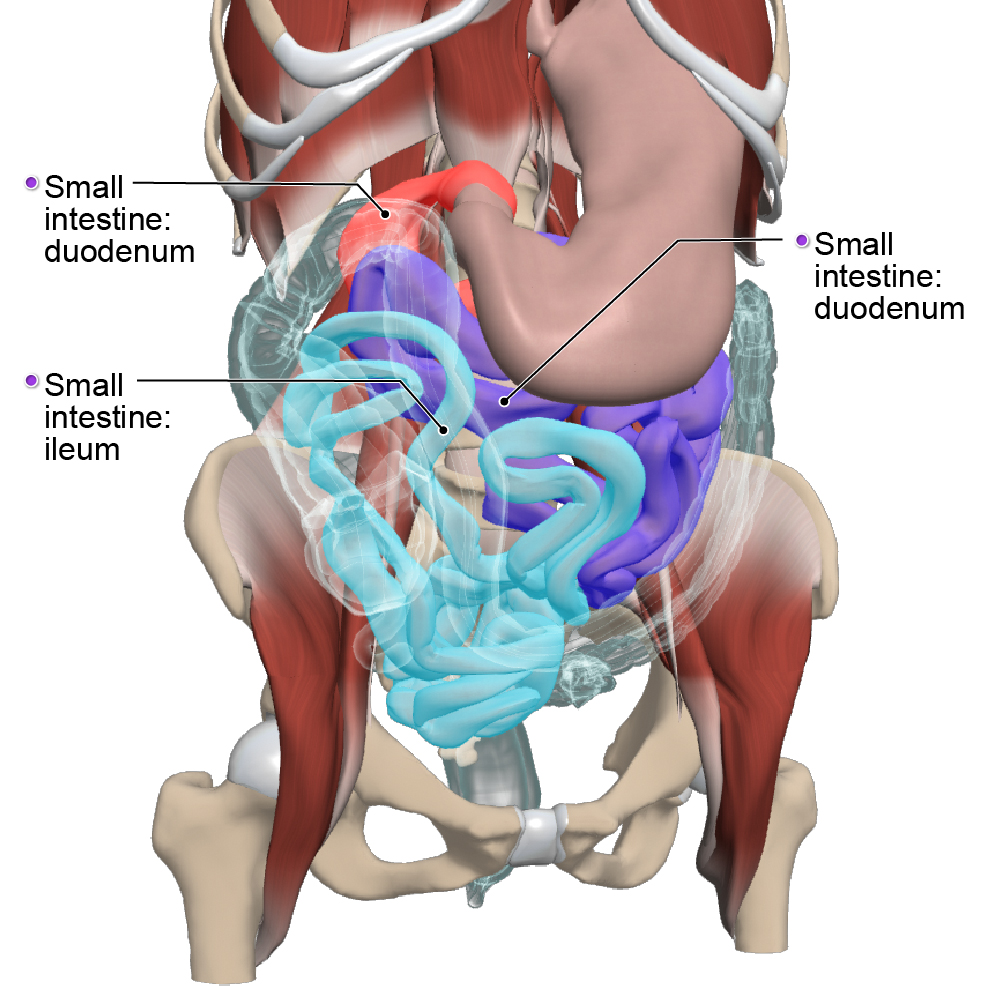 The small intestine can be divided into 3 parts: The large intestine can be divided into the following parts:

In this article, we are going to look further at the transverse colon. As the name suggests, it travels transversely across the abdomen and is approximately 50 cm long. The transverse colon is connected to the ascending and descending colon via the colic flexures. 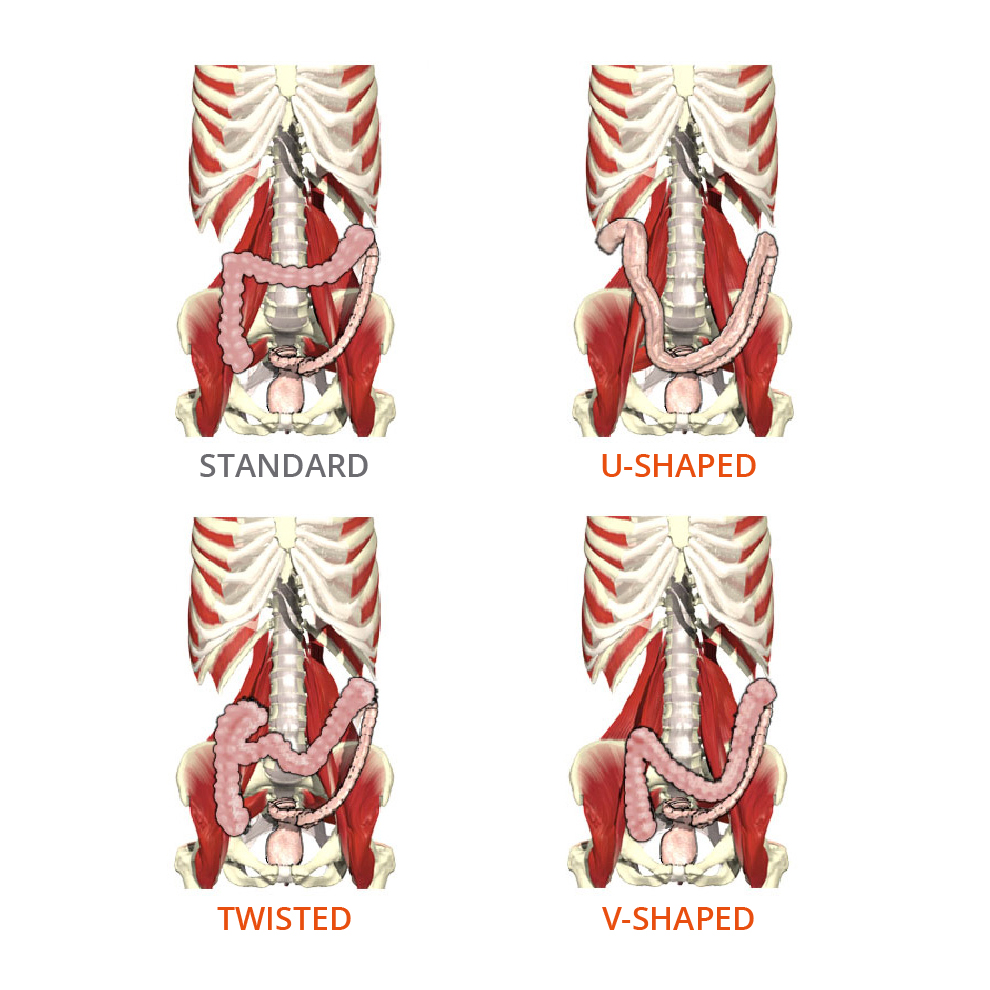 The illustration above shows four different variations of the transverse colon compared to the standard position:

It is important to understand and recognize such variations so that it is possible to distinguish them from pathological and clinical conditions.

Differences in the shape and length of the transverse colon can be caused by multiple factors. These may include:

When Variation Becomes a Clinical Condition

Some people may not be aware that they have a variation as it can be asymptomatic, where no symptoms are present. However, if the transverse colon is or becomes exceptionally longer than the standard length then it is sometimes referred as a redundant colon and the following symptoms may present:

Different types of treatment can be given depending on the severity of symptoms. Treatments often include:

When to Seek Emergency Medical Help

In some rare cases, the redundant part of the transverse colon can twist around itself and cause a serious medical condition known as volvulus. This requires an immediate surgical treatment called a colectomy, which removes the affected part of the transverse colon, as the condition can cause severe abdominal pain, bowel infarction, vomiting or even death if left untreated.

The images used in this piece have been taken from Primal Pictures’ 3D Real-time module and the Human Anatomy and Physiology module. To learn more about this or other Primal digital content – please fill in the form here and our team will be in touch.

See why over a thousand colleges, universities and medical schools around the world have trusted Primal to accelerate mastery of anatomy and physiology in any learning or teaching environment.

The benefits to your body from cutting back or abstaining

The new feature is free for all subscribers – get started with these resources...

What's New in 2022 for Primal Pictures