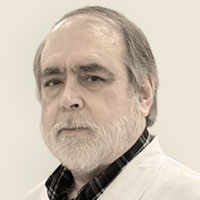 The tornadoes that roared through the campus of William Carey University in Hattiesburg, Mississippi, in the early morning hours of January 21, 2017, left devastation in their wake. Vehicles were strewn about like toy cars and buildings suffered significant damage, including a gaping hole in the wall of Green Science Hall, the roof of historic Tatum Hall almost completely ripped off, and the school’s anatomy laboratory reduced to rubble.

Rebuilding began almost immediately, and neighboring schools generously offered to help. The University of Southern Mississippi (Southern Miss), also located in Hattiesburg, offered to let William Carey University faculty and students use a small anatomy lab in its School of Kinesiology to finish the spring semester.

The Anatomy.TV substitute experience (for cadaver labs) worked well in allowing students, via 3D manipulation, to gain some of the same insights and provided a good foundation for very good examination performance.

“They were very generous by allowing us to use it,” says Kenneth “Cal” Hisley, PhD, associate professor of preclinical sciences and senior anatomist at William Carey’s College of Osteopathic Medicine.

But the lab space at Southern Miss was only the size of two or three faculty offices, and three cadavers maximum could fit in the room, Hisley says.

With 108 William Carey students to accommodate in the small anatomy lab available at Southern Miss, he adds, “we just couldn’t figure out the logistics to get everybody through there on a reproducible basis.

“We compensated by using Anatomy.TV,” says Hisley, who was familiar with the Primal Pictures 3D anatomical software from his previous position as an associate professor at Touro University-California.

Primal Pictures gave William Carey free access for a month to Anatomy.TV for all students in the wake of the tornadoes. The university purchased an unlimited license, allowing students continued access to the Primal Pictures product.

The students already were about a month into the head and neck anatomy course before the tornado hit. “So fortunately, they did have some dissection experience,” Hisley says. “The last half of the course was digital.”

Asked how things worked out given the inability to have students do actual dissection for much of the semester, Hisley replies: “…although anatomical dissection has 3D spatial and haptic components to it that aid in developing an intuitive sense of how human morphological regions and sub-regions are organized, the Anatomy.TV substitute experience worked well in allowing students, via 3D manipulation, to gain some of the same insights and provided a good foundation for very good examination performance.”

Additionally, Anatomy.TV allows students to “get a sense of 3D spatial configurations from any viewpoint — something difficult to accomplish with a cadaver laying in a specific position,” Hisley says. “That’s one of the great saving graces of applications like Anatomy.TV. You can’t rotate the cadaver, but you can rotate Anatomy.TV into an orientation that kind of approximates how you’re working on the cadaver – but you have more flexibility.”

When medical students returned in August 2017 for the fall semester, a gleaming new and enlarged anatomy lab awaited them.

“It was very impressive,” Hisley says. “This was a product of a very good administration pushing hard.”

And with the anatomy lab rebuilt bigger and better than ever, Anatomy.TV continues to be used to enhance student learning. For example, Holtzman, assistant professor of preclinical sciences, incorporates images from Anatomy.TV in her gross anatomy lectures. “And I encourage them to go find the image on their own in Anatomy.TV so it’s an interactive image instead of the still image that I show them,” Holtzman says.

We encourage students to use it. In fact, we encourage anyone to use it in the undergraduate or graduate curriculum if we come upon them.

And Hisley sees plenty of possibilities to expand how William Carey faculty and students use the Primal Pictures product.

“Anatomy.TV, in my opinion, presents remarkable opportunities to understand how students learn anatomy, based on the classes of structures and annotations they use in the course of applying the application. Is it detailed structure, or is it group structure? Is it orientation? Is it the ability to ghost things, or solidify things, or hide things as you’re moving through a certain space?

The William Carey anatomy faculty are already developing a research project with Primal Pictures “to meld augmented reality with the Primal images data sets,” using some of Anatomy.TV’s polymesh structures of the lower extremities, Hisley says.

“We are consistently going to extend our involvement with Anatomy.TV, in terms of its integration with lectures and labs,” he adds. “We’re going to keep pushing it. This is the kind of knowledge that can assist students for all four years of medical school.”