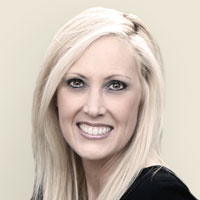 MS in Communications (in progress)

Student project shows how holograms can elevat anatomy learning, with a little help from Primal.

Nicole Hanratty has always loved telling stories. She has also always loved holograms. While earning a master’s degree in communications from the S.I. Newhouse School of Public Communications at Syracuse University, Hanratty found a way to combine both two passions. With a little help from Primal Pictures…

It is so much easier than you can imagine… within 20 minutes, you could bring your science class alive for your students.

Hanratty, who completed her graduate degree in communications with an emphasis in journalism innovation in 2017, was challenged in her Emerging Media Platforms class to come up with a project that found a new way to tell a story.

Facing an eight-week deadline to conceive and complete the project, Hanratty decided to explore how to incorporate a hologram in what she did. That led her to a product called Spectre Projector, which can project a hologram from a 4 face hologram video on your smartphone.

“I wanted to show that you can tell a really cool story in a hologram,” Hanratty says. “It evolved from there. I have to be honest, I was really struggling to find the deeper meaning to what I wanted to present. I had a celebrity attorney do a hologram for me, and I enlisted my daughter to be a part of my project. I was going back and forth with my classmates about what would bring meaning to it, make it more than just fun.

I realized this is more than just videotaping a celebrity and turning them into a hologram on your iPhone, or videotaping my daughter and turning her into Princess Leia. This was something that could really revolutionize the way we learn.

Hanratty, who got her master’s through the Newhouse School’s online program from her home in California, contacted the university library across the country, searching for something with 3D video that she could convert to a hologram that would be of instructional value in a classroom setting. The helpful folks at the library suggested Primal Pictures’ Anatomy.TV products, which students have access to through the university’s licensing agreement.

“I was like a kid in a candy store, with all that video,” Hanratty says.

While researching options with the library staff, Hanratty says she looked at other anatomical imaging products, but “they were not nearly as helpful. There was almost no comparison. The choice was very easy for me.”

She requested, and received, permission from Primal Pictures to use some of the company’s content in her project, titled “Emerging Hologram Media and Technology at Your Fingertips.” She created two, 4 face hologram videos from Anatomy.TV, one called “Podiatric,” the other “Thorax Abdomen.”

“With proper voiceover and explanation, this is an enlightening and engaging way to teach anatomy,” Hanratty wrote of her hologram project.

The project not only earned Hanratty an “A” in the course, but a rave review from leading technology expert Bill Frischling, who at the time was vice president and entrepreneur-in-residence at U.S. News & World Report and was a surprise virtual visitor during the class presentations.

Hanratty, who describes herself as a competitive person, was happy to get an “A” from her hologram project. But she was more pleased that “it opened eyes to how we can marry technology to elevate the conversation and elevate the learning.”

Hanratty, who was hired as vice president of communications at the Brand Wagon Agency in Calabasas, Cal., in January 2017, hopes other teachers, “from grade school on up,” will explore how to use new technology to use innovative products such as Anatomy.TV in new ways.

It is so much easier than you can imagine," she says. If I could figure it out, they can. And within 20 minutes, you could bring your science class alive for your students. I promise it was that easy.