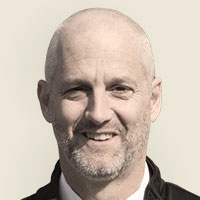 Anatomy.TV Creates ‘a Path to Learning’ for Undergraduate Anatomy students

Allows better student engagement and allows them to dig deeper into the subject.

Scott Kieffer, EdD, FACSM, professor of exercise physiology at Messiah College in Dillsburg, Pennsylvania, only has one problem with Primal Pictures’ Anatomy.TV. Once he starts working with it, he has a hard time pulling himself away.

“There are literally millions of things and combinations you can put together on here,” says Kieffer, who uses the product extensively in the Human Anatomy course he teaches. “Going through and learning every semester has been fabulous for me. Sometimes, I spend too much time in Primal Pictures looking and re–educating myself, thinking how I’m going to teach this stuff. “It keeps me excited. I learn every time I get in there.”

And most important, Kieffer has noticed the same reaction among his students.

His Human Anatomy course includes two, four-hour labs a week that include dissecting human cadavers. But since Messiah is primarily an undergraduate school, it only has access to two cadavers. So Kieffer splits his class in half, with each getting one full lab period each week to actually perform dissection. On the days students don’t have access to the human cadavers, they simulate dissection and work on their applied science and anatomy structure on Anatomy.TV, following detailed study guides created by Kieffer.

“I got six, 55-inch TVs in the lab,” he says. “I have students bring their computers and I hook them up to the TVs with HDMI cables. So when they’re doing the Primal Pictures aspect of lab, they’re actually showing Anatomy.TV on a 55-inch screen. The image is life-size. When they’re looking at the knee and they’re looking at the structures, it’s not just that little thing on a 13-inch laptop. They can actually see it.”

I have complete access to it anywhere on campus and so do my students. They can be in the residence hall, in the lab, in the classroom, or we can be at the coffee shop going over different things.

He recalls a session in fall 2017 when “the four hours ended and the cadavers went away and I still had two groups sitting there on Primal Pictures. They were just going through, quizzing each other. The way it’s set up, at least for me, helps facilitate a lot of independent learning as well.”

When Kieffer started teaching 32 years ago, he would take images from textbooks and photocopy them onto transparencies. In the 1990s, he moved on to PowerPoint and eventually to the software program A.D.A.M., which is what Messiah was using before discovering Primal Pictures.

By 2014, the college’s anatomy software “was many, many versions old, and we were just having a lot of troubles with it.” While attending the annual Experimental Biology conference that year, Kieffer roamed the exhibition space to see if he could find something that would better engage his students and allow them to dig deeper into the subject.

“I was going around to all the different booths and I was getting a lot of information, checking out the products, and I just kept coming back around to Primal Pictures,” he recalls. “There was just something about the utility and the way we were able to work with it that I liked. The functionality really hit me.”

Specifically, Kieffer says the way the anatomy images and information are integrated so students can view the structure of a muscle and see the origin and insertion, then click through layer-by-layer for more detail or access other sections for more information provides them with “a path to learning”.

For my students, I thought to be able to see it, to be able to click, to be able to work with each other and have that information automatically appear was fantastic," he says. "It was pretty fluid for me as far as the way that I like to teach. If they were missing something, they could click on that link and then go explore a little bit more. I can engage the students to go deeper – pun intended.

Another title Kieffer loves is the 3D Real-time, which he uses to make his own models to use in teaching.

“I put one muscle on, I’ll go in and put the neural innervation with it, I’ll do the blood supply, put the arteries and the veins that are by there, and I’ve got my self-contained muscle. It’s been really fun for me,” Kieffer says. “Then I link it in my worksheets or my study guides and my students can go directly to the saved file that I have. And they can actually look at it from 360 degrees, so they can take their mouse and go over the image to look at it from the top, from the bottom, from the right, from the left.”

Since most of his students are planning to go into physical therapy, occupational therapy, or become a physician’s assistant, allowing them to explore movement and view a muscle or other structure from different angles is extremely helpful, he says.

Another huge benefit is that students don’t have to be in the classroom to access Anatomy.TV.

“We have the perpetual license and we have it on our server,” Kieffer says. “I have complete access to it anywhere on campus and so do my students. They can be in the residence hall, in the lab, in the classroom, or we can be at the coffee shop going over different things.”

“The other nice thing about it is that Primal Pictures works fabulously with our library,” he adds.

Even if students are home for the weekend or off campus for other reasons, they can sign into the library through the college website, and use a proxy system to access Anatomy TV.

The only thing students can’t do, Kieffer jokes, is tell him they didn’t complete their assignment because, “I didn’t have access at night.”